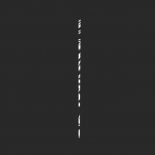 a writer of sorts 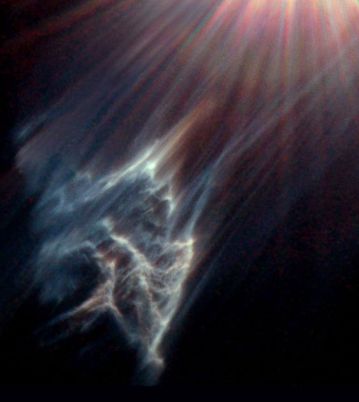 I had to knock out two thousand words for an exercise in the workshop section of my MA. I had a few notes on a Lovecraft pastiche idea I had from several years ago that I never followed up on what amounted to about two hundred words.

Regardless of the quality and unfinishedness, I really enjoyed writing this. I may expand on it and ideas are forming for a novel.

“Hodgson House came into my possession as a result of a bequeathment by my dear friend, Lord DuCarry. He was without family, meaning there was no heir and, as a result of our close personal and professional relationship, he saw me as nothing less than a surrogate son.

Prior to his unusual death, he had seemed agitated and looked over his shoulder more than seemed apposite. More curiously, to the corners of rooms as if expecting something to apparate in them. He insisted that I take an intricately carved soapstone box as protection. From what, he neglected to say, but muttered about foul demons and malign spectres. I had feared that he was succumbing to some sort of brain fever, although his lucidity seemed to deny that conclusion.

It occurred to me that apart from the copious amount of time we spent together, I knew little or nothing of his life outside of our circle of companions; nothing of his family nor little of the origins of his sprawling former manse.

One evening, not three months previous, I visited for an informal supper. After a rude meal of tomatoes and delicatessen meats – he had forgotten that he had given his retainer the evening off – we left the austere and chilly dining room and entered the much more comfortable withdrawing room. I turned to seat myself in a soft, overstuffed armchair and started as Ducarry grabbed me by the shoulders and drew me close to his face. With a trembling voice, I asked if there was some sort of problem. He said nothing but stared at me with an uncomfortable intensity. He appeared to be searching for something behind my eyes. What I could not say for certain, although with time and horrific experience, I believe I may now know.

Seemingly satisfied with his exploration and with an abrupt tone, Duccarry said,

‘I must show you something’ and led me toward the door that led to the East Wing, somewhere I had never previously had cause to visit.

What I had assumed to be simply an absurdly long corridor to an unexplored region of the house – punctuated with a gallery of overly cheery landscapes – suddenly became a delightful front for something much more sinister. We stopped around two thirds of the way along the corridor, at a slightly cloying watercolour landscape depicting the cliffs at Lyme Regis; happy holidaymakers larking on a sunny beach, unaware that they were treading on the bones of monsters.

With an uncharacteristic nervous shaking of the hand, Ducarry carefully pressed a knot on the wooden panel to the left of the breezy painting. With barely a hiss, a section of the wall moved backwards and then slid sideways, releasing from behind the panelling the odour of wet stone and the curious mustiness associated with libraries.

The air chilled as we descended the previously hidden staircase. The steps worn from what must have been centuries of use and lit by pale gas lamps to one side and what looked to be phosphorescent fungi on the other. They took us deep underground and the rope hand rail attached by mouldered brass fittings had rotted through, leaving useless knotted bunting in place of something that may have given me a modicum of comfort. I counted one hundred and twenty nine shallow steps, once I had the wit to start counting. When we finally reached the bottom of the flight, we turned a blind corner into a wonderland of arcane artifacts that appeared to shift in the flickering gaslight.

DuCarry breezed past all of these ancient wonders with the dismissiveness of someone who had seen them perhaps too many times. However, I begged to be allowed to pause to view the no doubt priceless objects. DuCarry ignored my request and I protested as he ushered me past them.

‘Be careful! Do not, under any condition, let it slip from your grasp’.

It wasn’t a request; the urgency in his voice was most compelling and I found myself clutching the box to my chest. Curiously, I could feel my own heart beat resonate through the soapstone vessel; both comforting and disquieting as it gave the illusion of something living within the box.

DuCarry walked towards a bookcase that was flanked by two stone columns, each carved with a bewildering variety of texts and symbols. He pressed a button located within a curious eye motif at waist height and then tipped a book on the second shelf down, chanting as he did so. The language was coarse and guttural and frightening.

I felt the light dim. Yes, I felt it! Even the phosphorescent fungi lost its wan sheen as the darkness became more tangible.

The central section swung of the bookcase opened revealing a heavy oak door. Still muttering, he retrieved a small bunch of keys from his pocket and unlocked each of the four locks chanting, gesticulating as he did so.

The room filled with the scents of jasmine and rot; their sweetness an almost physical presence in my nose and throat. The hairs on my nape stood to attention as the gooseflesh erupted on my body. Quite instinctively, I held the box tighter to my chest, the box edges would almost certainly leave marks, such was the fervour and although I dread what may be behind the oak door, my eyes remained fixed on the unnerving spectacle.

DuCarry then spoken with an uncharacteristic softness:

‘Steel yourself, my boy. What happens next has sent many good men mad. However, I believe you to have the correct constitution, courage and wherewithal to approach this with the coolness and analysis I have come to expect from you.’

His matter-of-fact demeanour was far from comforting and for the first time, the creeping dread threatened to spill over into panic.

‘Steel yourself, man!’, he barked.

I nodded, my powers of speech having evaporated, and composed myself for what weirdness was to come.

DuCarry stood to one side and I saw a large safe. Something of an anticlimax, I thought, although I noticed a faint glow emanating from somewhere that I couldn’t quite place. He tumbled the combination and paused, looked at me with queer apologetic eyes and slowly opened the safe. The brilliance inside saw me! It saw me and sent tendrils of light towards me that caressed, penetrated and engulfed. They took me by the upper arms and the legs and lifted me fully six feet into the air. I felt my mind and body being probed, examined and dissected by something other and yet I made no effort to escape; nor even to resist.

I cannot fully explain the feeling of this peculiar event, but it lies somewhere between alien and familiar, savage and gentle, hateful, nurturing and indifferent. On probing the box however, it withdrew as if it had been stung or burned and I sensed anger and joy. It retreated to the safe and although contained, I knew it was now both aware of me and, in a way I cannot yet fully comprehend, part of me. I could feel myself being observed as if unseen eyes were following my every move but it was more than that; it was watching from somewhere in my occipital lobe. It was, I believed, biding its time, although for what, I could not say. Nor did I wish to speculate.

DuCarry closed the safe, locked the door and, after more chanting and gesticulating, closed the false wall and other safeguards. In silence, and with remorse etched on every visible pore, took my hand. Holding another man’s hand seemed unnatural but I knew from having witnessed his often pagan carousing, the man was no invert. He took comfort in our proximity and, given the unnatural aspect I had recently observed, the comfort was reciprocal. In silence, he led me past the antiquary, up the staircase and back to the withdrawing room.

I returned to my armchair and DuCarry, ever the attentive host, made his way to the drinks cabinet and poured two large brandys from an elegant crystal decanter. He passed one of the balloons to me and I swirled it around rather too much. I felt dislocated from my corporeality and it took DuCarry snapping his fingers in front of my face to bring me to the here and now.

‘Yes, you said. And no wonder,’ I snapped, ‘In the name of all the Gods, what was that thing?’

‘Believe it or not, Joseph, it is a friend. A true and loyal one that has been in our family for many generations,’ he offered.

‘Yes, but what is it? It is certainly not of this Earth!’

He looked at me, eyes watering; though whether this was from emotion or from the smoke issuing from the damp log he had thrown on the fire while I was trancelike was unclear.

During the course of our investigations, we had seen many strange things that had no business being in this world; freak children, two headed beasts, trees that sing, statues that cry blood, tears in the sky, spirits of the dead, angry and vengeful. But all of these peculiarities have an Earthly basis and by and large have proven to be fakes and fabrications or the result of unusual but provable scientific fact.

Neither of us spoke for many minutes. Eventually I broke the claustrophobic silence by asking what the fulgurous entity intended with me.

‘You will find out soon,’ said DuCarry, ‘It knows you now. Once it settles, you will learn more than I can tell you. Patience, My Boy.’

‘Cecil. In the name of all that is holy, what have you inflicted upon me?’

He gave a sigh. All signs of his bullish confidence had left his demeanour. What sat in front of me was a scared and broken man. The change in him was as swift as it was terrible.

‘Cecil? Please tell me what is happening to us?’

‘It leaves me now and grows in you,’ he said, by way of an unsatisfactory explanation, ‘Believe me when I say that all will become apparent and an explanation will come from a mind far greater than my own.’

I found this difficult to believe. Lord Cecil DuCarry had the finest mind known to man. His intelligence and incisiveness beyond comparison with us mere mortals! He dropped to his knees and began to wail. This uncharacteristic behaviour frightened me and I asked if he required medical assistance.  He shook his head and said,

‘No mere medic can arrest my inevitable deterioration now.’

‘But medical science can perform miracles,’ I said, ‘the use of radiation for example can cure almost anything!’

‘If you say so,’ he smiled, ‘but I fear that it is too late even for the miracle of the age.’

I felt as if I was being mocked and did not appreciate the change in tone. I was about to comment when I felt a strange itch in the back of my head.  I reached to scratch it but despite finding the approximate area of the irritation, I could not relieve the annoyance as its origin lay within my skull and not on the surface.

This entry was posted on November 23, 2016 by Will in novel, Will Vigar and tagged cosmic horror, horror, lovecraft, loveraftian, MA, other dimensions, other worlds, sci-fi, Science Fiction, University, weird fiction.